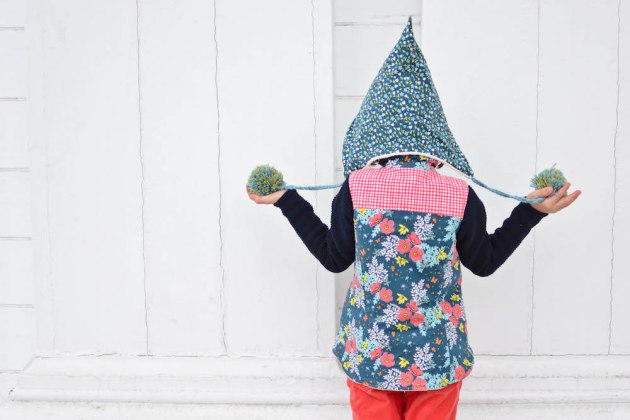 We are well and truly into the dreary grey days of November.  Here in the mountains, the clouds hang low in the valley, making the already-short days seem even darker.  So, when it came time to select fabric to make my daughter a vest from Twig + Tale’s new Trailblazer Vest pattern, I was drawn towards something colourful for my sparky, energetic girl.  Because if anyone can pull off bright and happy, it is this amazing girl who is usually performing some sort of interpretive dance while talking a mile a minute.

For the body of the vest I chose to use Garden Patch from Michael Miller’s In Bloom collection, a print featuring sprays of flowers and foliage on a slatey-blue background.  To make the yoke of the vest stand out, I used Gingham Play in the cherry colourway.  I love the how the slightly irregular, hand-painted look of the gingham gives it a bit of extra character.

And because winter was announcing itself with a blast of north wind and drifting snow on the day of our photoshoot, I decided to sew up a co-ordinating Pixie Hat, made with the Flower Yard print, also from the In Bloom collection.  The best part?  The vest and hat are both lined with incredibly soft and cosy Organic Sherpa, also from Michael Miller.  I particularly like that the sherpa is 100% organic cotton, since I much prefer to sew with natural fibres.

The Children’s Trailblazer Vest is another well-executed pattern from Twig + Tale.  The shaping is absolutely beautiful, and the style is perfect for very-grown-up 7 year-olds who no longer want to wear “baby” clothes (slow down, little one!).  The back yoke, which has a very subtle curve, is a lovely feature, as are the in-seam pockets, which blend beautifully into the princess seams. 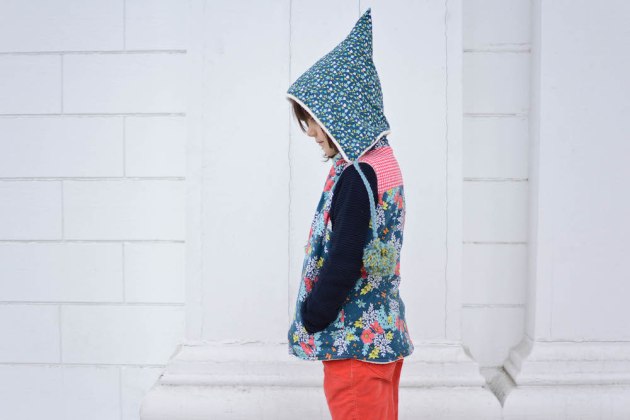 The Trailblazer has another very notable feature – a full front zip!  I’ve had a somewhat tenuous relationship with zippers in my life (perhaps owing to some memorable late-night zipper-sewing failures), but I have to say that the instructions for putting in the zipper on the Trailblazer are simple, clear, and reassuring.  It was a stress-free experience with a great-looking result. 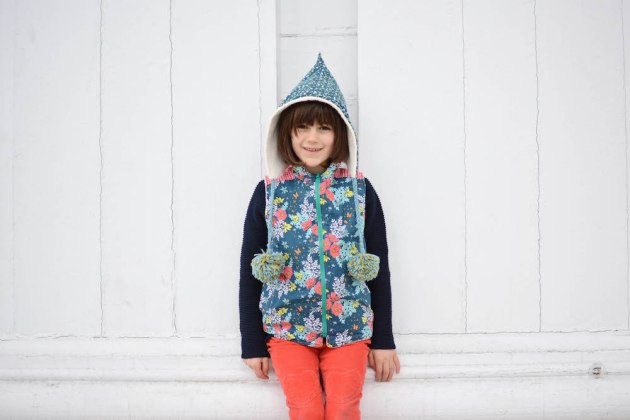 While I love the look of the puffer vests that other testers have been making, I decided to omit the batting for this on.  I figured that it would mainly be worn as an indoor layer, and is plenty warm with the quilting cotton exterior and sherpa lining.  The little girl says it is very comfortable, and she is happy to wear it all day at home and at school. 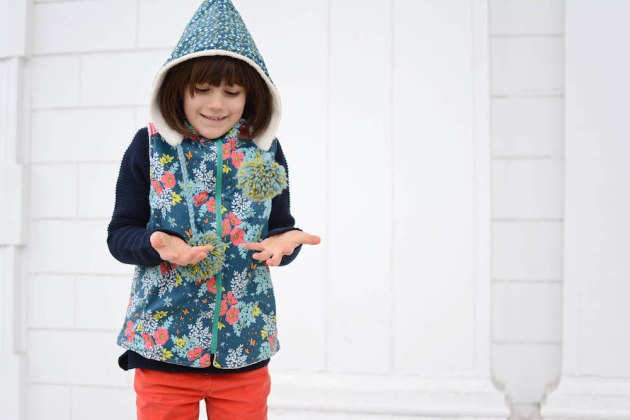 I find that the Pixie Hat works very well with the vest – it has quite a hood-like feel to it, and the shape is just so sweet.  I have to admit that I tried it on too, and there is something so whimsical  and freeing about wearing a pointy hat.  E asked for pompoms on the ties, and I ended up having to replace my first attempt since they were deemed “not nearly big enough”.  My second attempt passed muster, and I think the giant pompoms have greatly increased the entertainment value of the hat (with apologies to E’s teacher – I can only imagine the fidgeting and pompom bouncing that must go on when she wears it to school).

I’d like to send out a thank-you to the generous people at Michael Miller, who supplied the lovely fabric for the Twig + Tale Trailblazer blog tour.  It was an absolute pleasure to sew with these fabrics, and I am now officially a sherpa convert.  Also, a thank you to Twig + Tale for the opportunity to test another wonderful pattern!

One thought on “Trailblazer Vest” 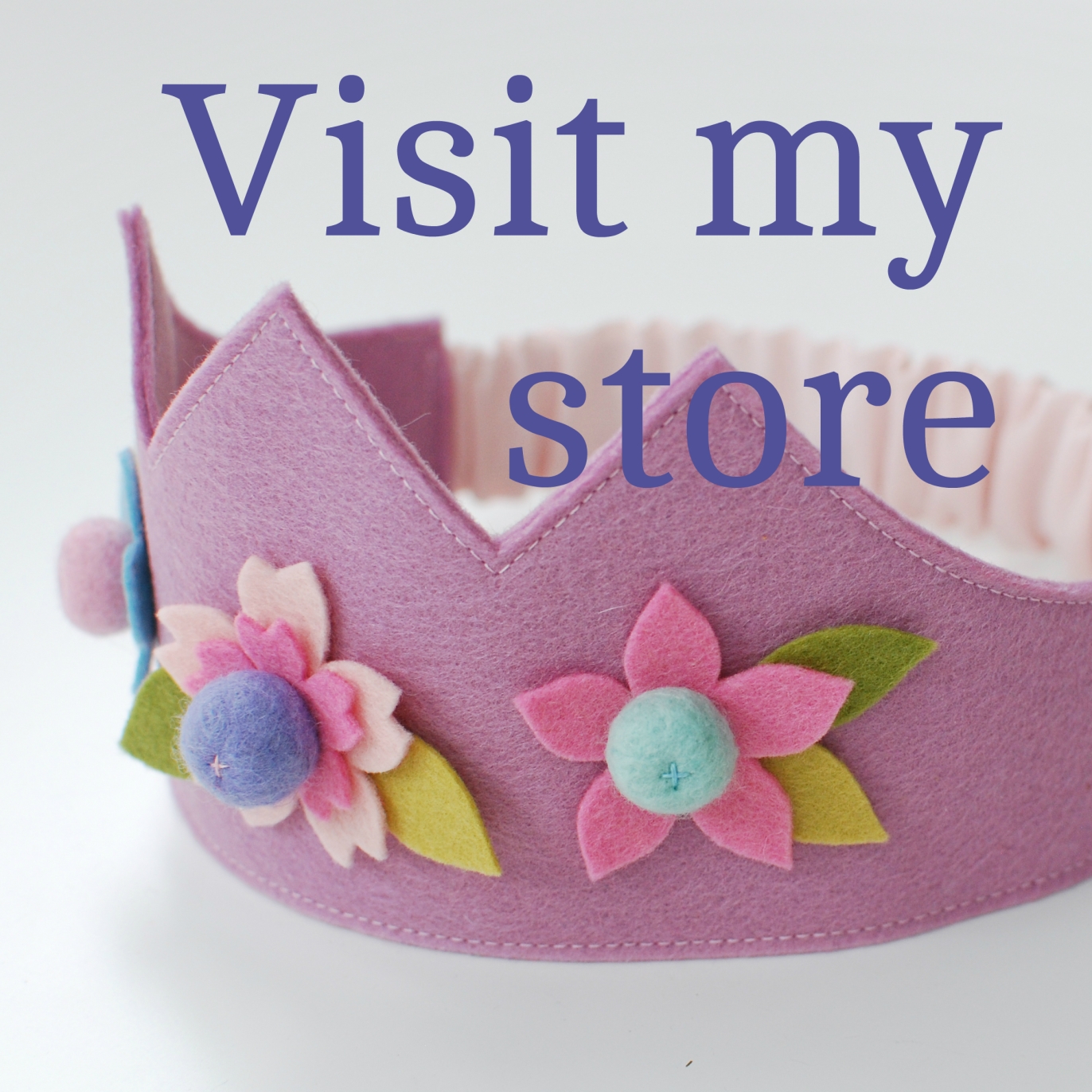 My girl would desperately like a pet. We were in guinea pig discussions when everything shut down, but I don’t think we’ll be moving ahead with that any time soon. Enter garden snails. To be honest, it started when I found a snail in the midst of my veg seedlings in the garden. I passed the snail along to E, and issued a general warning that any gastropods found in my garden would become a child’s pet. E ran with the idea, constructing a deluxe snail habitat, and researching snail care. It has become a great homeschool project (she’s become quite the expert on snail anatomy). She polishes their shells with a soft toothbrush, invents recipes for snail treats, and takes them outside for outside play time every morning 😄.
She finished it! The tassels proved to be particularly popular - I think the next project may end up being all fringe. I assumed it would hang on the wall, but E insists that it is a foot-warming blanket 😄 #weaving #beginnerweaving